Hello world, I admit I have an addiction. I have had it for years. Addiction seems to be something you’ll never get rid of, even if you try, even if you have quit a long time ago. It never goes away fully. The second you get back to whatever you were once addicted to, you still get the rush, the sweetest excitement – and the feeling of “oh no here we go again”. I believe you know that exact feeling when you feel like you’re on the edge… if you don’t cut it again then and there, and just keep going because hey, you’ve grown and moved on and just having fun, it’s very difficult to turn back and you’ll be hooked. Again.

At this point I want to confirm I’m no expert but I can only talk about my story and my experience, and hope that it could offer value to someone.

My addiction is that which I fear too many teens and young adults suffer from these days. It’s gaming. The day I got my hands on a laptop, when I was 9, was the day that frankly changed my life for good. Like so many children, teens and young adults, I got hooked on online games. It was so overwhelming, so much fun and so exhilarating. I have been on and off again ever since. Nowadays it’s not nearly as severe as it once was but still bad enough that, perhaps, I’m writing this to keep myself from pressing “play”.

Online games are definitely not all bad and can teach a lot. Even as a child I got to talk to a lot of people, use my ambition, plan, build, trade and play in teams. It shapes you and makes you grow. Even online trolls can teach you a thing or two, like that there’s people who want to use you, take you down and make you cry, for their own fun, but you don’t have to give them that power. It’s obviously sad when a 9-year-old has to experience that dark side of the internet. But without all these games, our generation probably wouldn’t be excellent at using electronics and spotting scams from a mile away.

I do admire those people who use psychology in a genius way to create addictive games or apps, but at the same time I’m sad they do that. People, especially young people, might have no ways or skills to protect themselves from these hooks. Instead of creating lots of games with guns and / or the purpose of destroying things, can’t they use their skills to create something that has to do with health and staying active? Becoming a better person? Anyone?

You’d think gaming addiction is not that bad, especially compared to alcohol, drugs, cigarettes and gambling. It usually doesn’t involve massive debt, cancer or ending up in the hospital, but gaming does have its own cons. You look at a screen for hours which can irritate eyes and cause headache. You probably sit still a lot, which kills you slowly, and not in the most ergonomic position, which might lead up to more severe problems. Like any other addiction, it messes up your mental clarity. You can’t think about anything else, it’s difficult to control, you easily became antisocial and isolated. Nothing feels as good as that. You forget to take care of yourself, you don’t eat or drink well, probably often sacrifice sleep and exercise. You just completely want to forget that you have other duties. While you realize you should do something else in your life too, hours and days just go by too fast when you’re at it.

Why games? I don’t know, that’s what I ask myself often.

Is it in my genes? Are parents to blame?

According to multiple studies, about a half of addiction depends on your genes and a half on your life skills. The children of addicts are more likely to develop an addiction. Your ability to cope with stress and difficult emotions has a huge impact as well and that’s why sensitive people are a big risk group. If you don’t have healthy outlets for your difficult feelings or mental issues, you’re likely to turn to unhealthy habits and distractions, which worsen the problem. It becomes a cycle.

When there’s an addict in the family, the whole family suffers somehow. Gaming might not make anyone violent like alcohol or drugs could, but it will make a person more isolated and distant. When children get addicted, parents can blame themselves for it. But should parents be blamed if their teens are addicted to games? If they realise their child is addicted, should they try to remove the electronics that enable this behavior?

Remembering how I felt when this was done to me, I’m positive that taking away the laptop does not help. Taking away the internet cable does not help. It probably causes anger and more harm than good, when your teen then goes to get their relief from somewhere else. Healing from addiction does not happen on command. The one who’s addicted has to realize that life has other things to offer. How to make a teen realize that? Encouragement. Love. Education about healthy living habits and ways to release anxiety. Limits are probably a battlefield but negotiable. When these teens grow up, the rest is up to them and the tools you gave them.

How to heal from addiction

Healing starts with accepting that you have a problem and realizing that you WANT to do something about it. People have different ways to tackle their addictions but speaking from my experience, when you’re a grown up and responsible for your own actions, moderation does not help. There is no such thing as moderation to someone who is addicted. You’re already a master at making excuses and bullshitting yourself, don’t use that one too. It’s always going to be more than you promised yourself. You have to cut it, fully rather than slowly, if we are talking about gaming and not intoxicants. You have to distance yourself from those people, that situation or environment that encourages your addiction and create new healthier habits. You have to learn to cope with yourself with all your problems, flaws and emotions. Be brutally honest, is there something you are trying to escape? You have to deal with that.

When you open up somehow, you can get love and support for your project. Sadly, shame is a big thing with addictions and that’s why people often suffer alone. There’s only a handful of people who know I have a tendency to get hooked on silly games, there’s only a few people who know it’s impacting my life even after all these years. I mean, it’s not easy to admit I’m an adult who plays games too regularly. It might sound funny and some don’t even see a problem but to me it is one.

There’s nothing wrong with silly games. That’s just not how I want to spend my life… But I can’t help myself.

That’s why I say: someday, when you have gotten over your addiction, you may want to get back to it, but be aware it’s a risk. I have been there when 15 minutes of games becomes six hours. I guess you could say, I “relapsed”. It’s been a year now and I’ve tried to cut it for like 500x times. It’s not easy, it’s not simple, and life is a mess with a lot of stressors that make you want to cuddle with your favourite poison to escape from the world and its cruelty. It’s definitely a lot of work and you’ll have to try more times you can count, but the question is, do you want to keep living this way? Are you willing to do that work for yourself and your future?

I’m sending an encouraging hug to anyone who’s trying. We can do it. 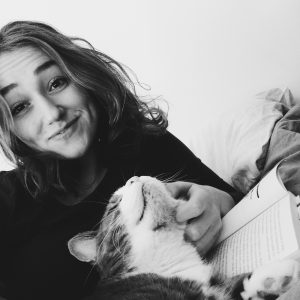 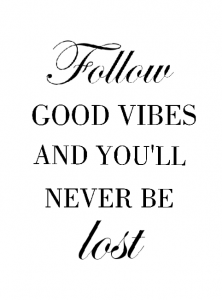