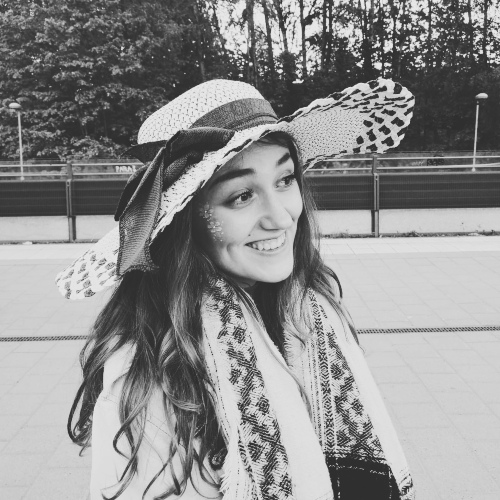 I was once in a class where we talked about how to give the best impression of yourself, and our teacher asked everyone what they think their weaknesses are. I raised my hand and said it was perfectionism. The teacher looked very confused and almost laughed at me, saying it’s very much a strength. She moved on quickly and didn’t give me an opportunity to explain myself. It bothered me, and perhaps because of my overachieving nature (haha) I later sent her a message with articles and research that shows perfectionism is indeed bad for you. It’s strongly linked to stress, anxiety and depression, and even eating disorders, deliberate self-harm and obsessive-compulsive disorder, says this article by Vox.com.

Don’t get me wrong. Working hard is something to be admired and encouraged. Demanding perfection at all times and being overly critical towards yourself, that is NOT right. It was alarming to me that a teacher would encourage that kind of behaviour, and even laugh at it, but I guess a classroom is a place where everyone can learn something new. Pun intended. 😉

Sure, perfectionism sounds and looks perfect on the outside: you can get praise for what you do because you do it so well, but it can be very drowning on the inside. You are your biggest critic and your standards are so high you’d have to fly a spaceship to reach them. It stops creativity. It creates blocks and procrastination: you stop doing what you love and procrastinate even pass the deadline because it’s a lot of work to create perfect. It makes you insecure: even if you give your best to a project and it becomes a masterpiece, you still see many things where you could make it better.

It paralyses your mind.

I know it, I’ve been a perfectionist all my life. I’ve often gotten compliments for my efforts, but nobody knows how many hours I’ve spent redoing something that was already good enough, just so it could be even better. The best. Perfect. I can’t even count how many projects I never finished because I couldn’t make it look just the way I like it. I could work for hours and days and still wouldn’t be satisfied with what I’d done.

And yes, that is so unrealistic and it has taken a lot of time to understand that the point of creating things, especially, is the fun of the process, not worrying about the result. You also never know what you’ll end up with, that’s what makes it so exciting.

It’s bittersweet: it’s the best feeling when you can be proud of what you’ve done, and even do it better than expected. On the other hand, it’s hard to be proud if perfection is your end goal and the only thing that will satisfy – you can never really get there. There is no such thing.

I remember when I was 9, there was a writing competition in our school and I won with my story. They read my story out loud in the speakers so that the whole school heard it. I was so embarrassed I covered my face with my hands and tried to teleport far away with my mind. I didn’t think it was very good, even though I won. And that wasn’t the only time, oh no. Years later I wrote another story and my teacher gave me 10/10. I was embarrassed and wanted to throw the paper away, it was only mediocre to me. I don’t think I’ve written stories since then and it’s a shame really. Why?

The human mind is so confusing sometimes. Wouldn’t it be beautiful to be able to accept compliments and give YOURSELF some credit? For a long time it was nearly impossible to me, but years have taught me many things.

How does one give up perfectionism?

Understanding these things have helped me overcome perfectionism: firstly, that it’s a habit and all habits can be broken. Secondly, you must set your priorities. You have to realise when the project you’re working on is less important and can be left as OK instead of perfect. You have to know when to save your energy, because if you want to get anything done in your life, you can’t give your 150% to every little detail.

While there’s no shame in always doing your best in life, the definition of that might not always be the same. Some days you just don’t feel like it, some projects aren’t worth it, even some people aren’t worth it. You need to learn to focus and give your energy on what matters the most to you and not worry so much about other things.

You don’t have to give a f*ck about everything. ♡

Thirdly, you have to realise that it’s okay to be average. I know it’s a curse word right? Who really wants to be average? Not me! If you’re a perfectionist, there’s a high chance you’re comparing yourself to others. Life is not a competition, everyone is on a different stage of their journey so it wouldn’t be fair anyway. If you care about what other people have to say about you or your work, there’s always going to be someone saying something negative. You can never please everyone and shouldn’t even try. You don’t even have to please the critic in your head. When you realise that, you can finally break free.

Know that there are several shades of beauty in this world. Maybe it’s better to change your scale of “awful 1 to perfection 10” to a “scale of self-compassion”. That way you won’t base your project’s worth on what the end result is, but rather on how much effort you actually put into it, how much you learned while working on it and how much it all matters to you. Whatever you do, it’s a process and you only get better by doing it. Even failure is just a necessary part of progressing.

Lastly, you shouldn’t base your self-worth on what you achieve or the quality of your work. You are valuable at all times. What other things are you besides an overachiever? A good friend? An awesome listener? Someone who is kind to others? Be kind to yourself and show yourself some mercy. You’re only a human. YOU are the project.

Do you struggle with perfectionism? Is it holding you back? Tell me in the comments. ♡ You might also be interested in my post about self-talk and this post about comparing yourself to others. 🙂 xx